skip to main | skip to sidebar

I rode the Keystone on the way home Friday just after the storm. Several trees were down along the trail. The following 2 trees are still down across the trail north of Maple near the end of the Keystone.

Posted by Biker Bob/Runner Bob at 10:20 PM No comments: 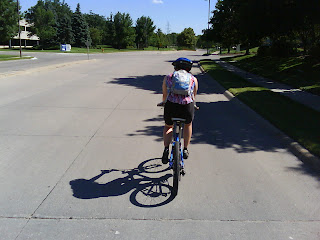 Rode with Hannah Sunday to a rumba dance near 84th and F st. With Hannah dancing a couple hrs, I had time to hit up Swanson for a singletrack dance and return. Saw evidence of high water. 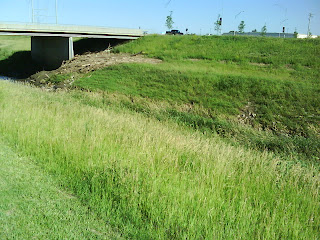 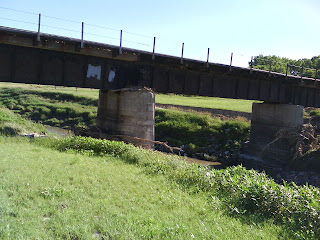 Had not rode Swanson since the race May 3. Access to Root of Evil hill is blocked by a tree (not that I was going to ride it anyway). The directional post had it's marker missing - wondered if the RoE hill section was being closed? Another tree down riding along the gulley just west of RoE hill. And some sad punk gang had to inflate it's puny self image by disrespecting property rights by painting it's initials across the kiosk plexiglass.

Good to get out to Swanson and ride, though I bonked riding back to the dance. Stopped at QT on 84th and ate a jaelepeno smoked sausage, gordetoes, two sobi's and a chocolate donut! Hannah and I were both toast as we got near home.
Posted by dale at 8:03 AM 4 comments:

I saw a small kitten corpse on the way into work this morning. Seeing dead animals up close is one of the few disadvantages of bike commuting. It was in the middle of the road on 90th just north of Fort street. When I went by, I noticed it move as cars were passing over the top of it. I did a double take and realized it was flinching and not just getting moved by the wind from the vehicles. So I turned around in the middle of traffic and directed the cars to the other lane (neon green jackets have their advantages) while I rode back to what I though would be a severely injured kitten. As I approached, the kitten got up and ran to the curb. I went after him and after getting bitten and scratched a few times (biking gloves have their advantages) I calmed him down enough to stow him in my backpack "kangaroo style" for a short ride to the animal shelter at 86th and Fort. It's amazing how fast you can get attached to an animal. It was torture leaving the poor little guy at the animal shelter.
Posted by Biker Bob/Runner Bob at 10:05 AM 3 comments:

Rode through sbl with Hannah to her work. Taking the south side back, ran into water over the path. 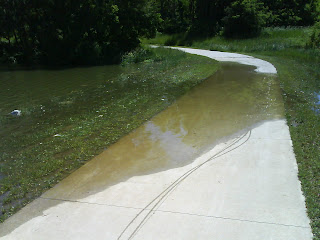 The dock at the boat launch is underwater too. 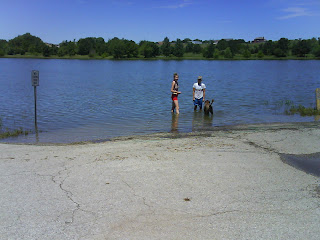 Hurry... ride while you can

While it's not raining, get out and ride those bikes. Just be careful of all the debris. 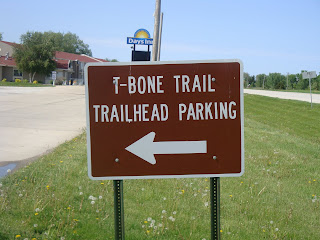 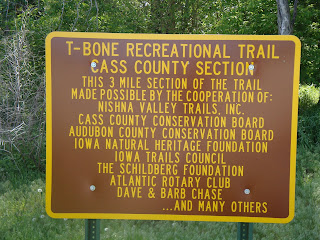